The city of Damascus is considered by historians to be the oldest continuously inhabited city in the world. 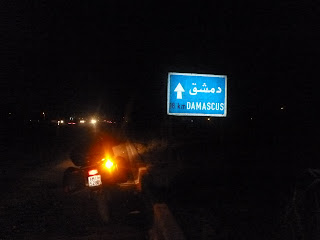 The entrance into the Al-Hamidiyah Souq. 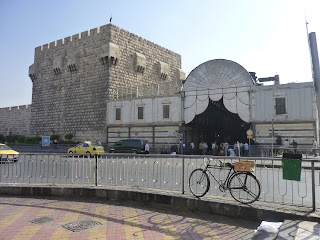 Ruins of the Jupiter Temple at the entrance of Al-Hamidiyah Souq. 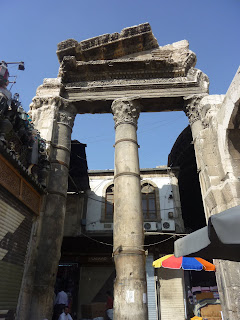 Saladin a Kurdish muslim led Islamic opposition to the Franks and other European Crusaders in the Levant.
He led the Muslims against the Crusaders and eventually recaptured Palestine from the Crusader Kingdom of Jerusalem after his victory in the Battle of Hattin. 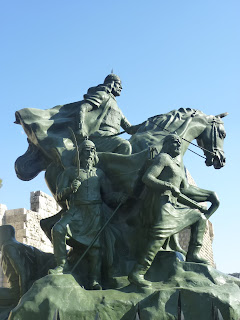 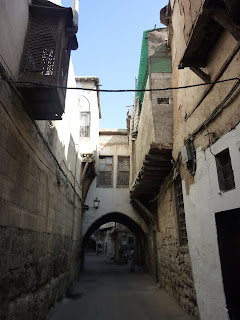 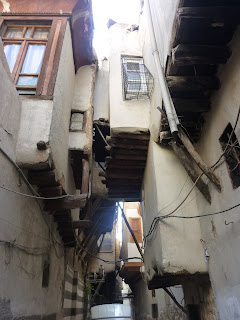 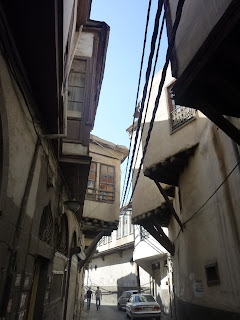 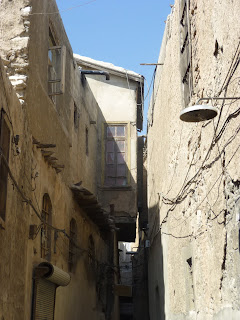 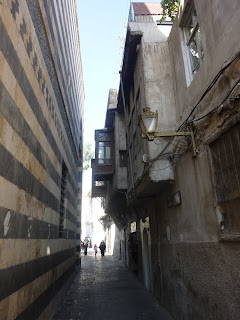 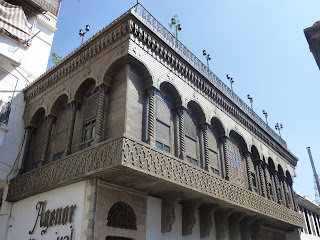 A caravanserai or khan was a roadside inn where travelers could rest and recover from the day's journey. They supported the flow of commerce, information, and people across the network of trade routes covering Asia, North Africa, and South-Eastern Europe, especially along the Silk Road. 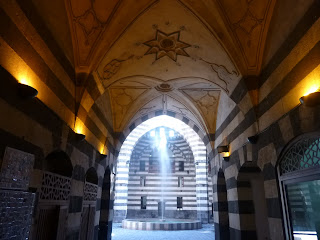 This is a kind of Syrian ice cream, from famed ice cream parlor Bakdash in the Souk al-Hamidiyeh. Made of whole milk, mastica (which gives the ice cream its chewy texture), and rose water—is a specialty of Syria. The ice cream is given a generous coating of pistachios. 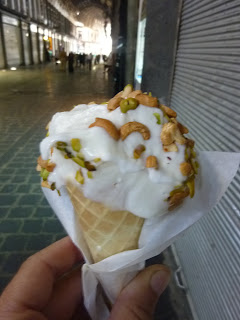 House in the old city. 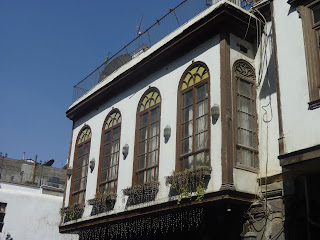 The Umayyad Mosque or Grand Mosque of Damascus is one of the largest, oldest and most famous mosques in the world. It is considered a school in building and architecture for the world's mosques.
It was built by the Umayyad Caliph Al-Walid ben Abdul Malek and its building lasted 10 years. The spot where the mosque now stands was a temple of Hadad in the Aramaean era. The site was later a temple of Jupiter in the Roman era, then a Christian church dedicated to John the Baptist in the Byzantine era.
The mosque holds a shrine which still today contains the head of John the Baptist (Yahya), honored as a prophet by both Christians and Muslims alike.
The shrine below is a very important site for Shī‘ah Muslims as it is the place where the head of Husayn (the grandson of Muhammad) was kept on display by Yazīd I.
In the mosque there is also the tomb of Saladin (photos not allowed), which stands in a small garden adjoining the north wall of the mosque. 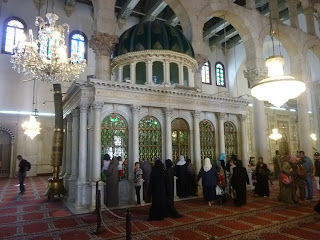 You take off you shoes and cover your knees (no shorts allowed). 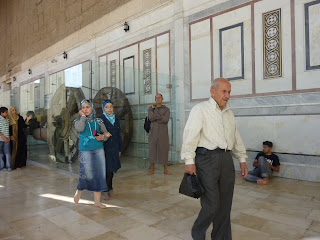 Dome of the Treasury. 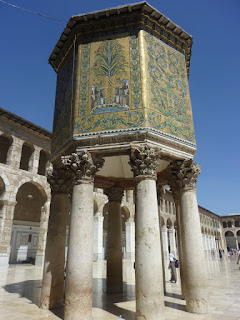 Compiled by Vas Themelidis at 10:55