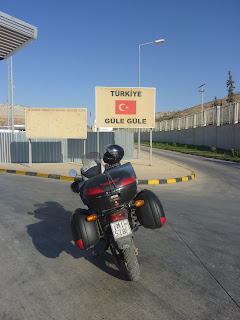 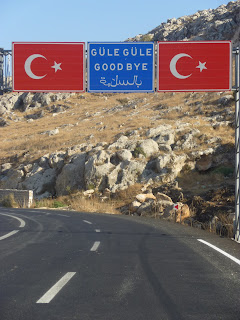 About 80 euros for moto insurance (the Green card is not valid Syria) plus 20 euros for Visa plus 5 euros baxisi to the Army officer. 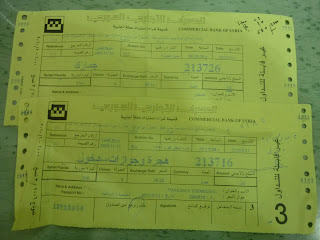 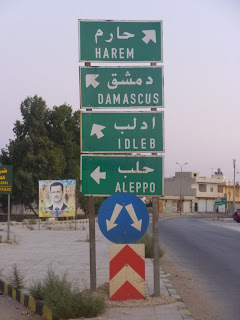 The Muslim Mosque and behind it the Christian Church. 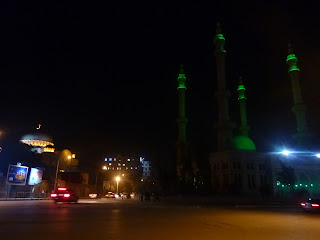 Aleppo has a large Armenian community as Syria and the surrounding areas have often served as a refuge for Armenians who fled from wars and persecutions such as the Armenian Genocide. 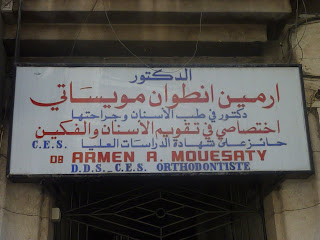 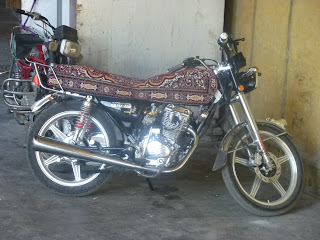 The food market of Aleppo. 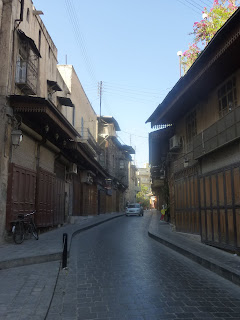 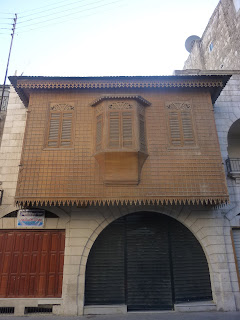 The Citadel, a large fortress built atop a huge, partially artificial mound rising 50 m above the city, dates back to the first millennium BC. 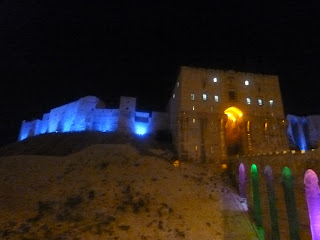 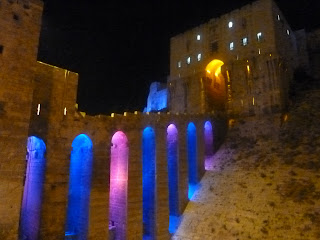 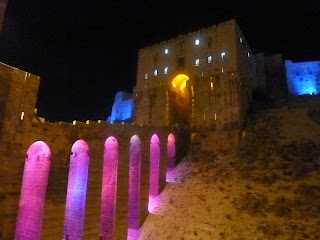 With Saad (neighbor and friend from Patissia) and Nuri. 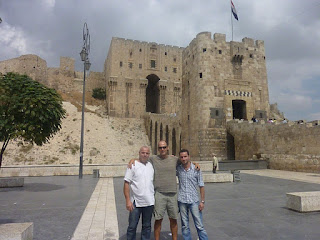 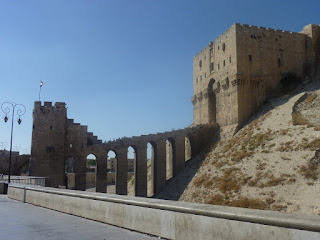 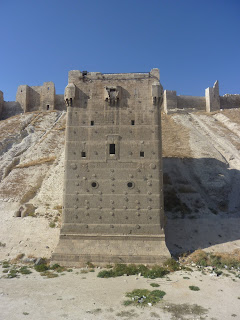 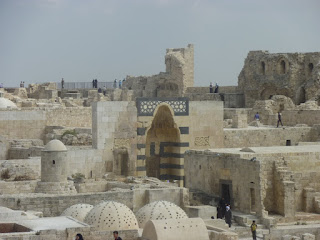 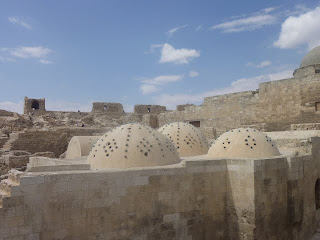 Aleppo skyline from the Citadel. 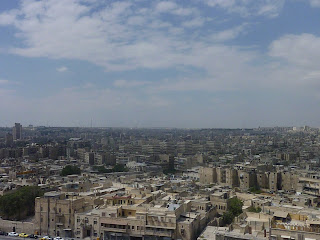 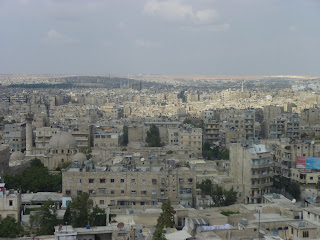 The city's strategic trading position attracted settlers of all races and beliefs who wished to take advantage of the commercial roads that met in Aleppo from as far as China and Mesopotamia to the east, Europe to the west, and the fertile crescent and Egypt to the south. The largest covered market, or suq, in the world is in in Aleppo, with an approximate area of 16 hectares and a length of 16 km (9.94 mi).

Aleppo being the final part of the Silk Road, was an active trade centre for imported luxury goods, such as raw silk from Iran, spices and dyes from India, and coffee from Damascus.
Most of the souqs date back to the 14th century and are named after various professions and crafts, hence the wool souq, the copper souq, and so on. 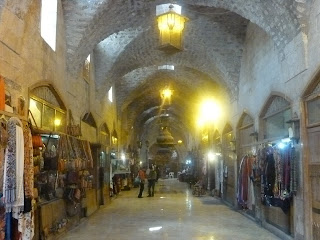 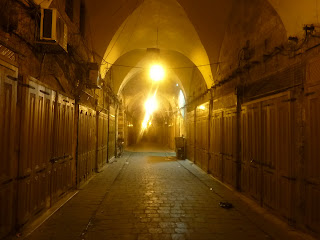 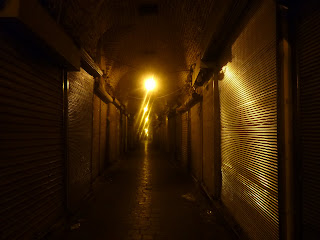 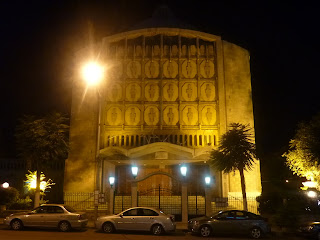 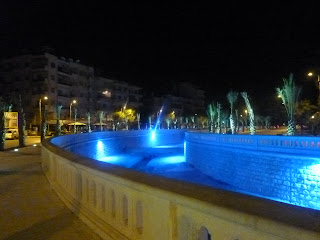 Compiled by Vas Themelidis at 11:01