Wawa a small township that flourished during the Gold Rush in 1896 when thousands of prospectors gathered to this  rugged corner of northern Ontario to mine gold. 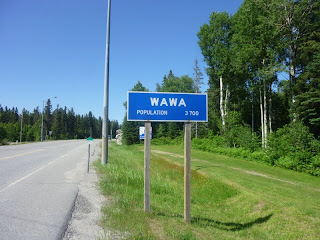 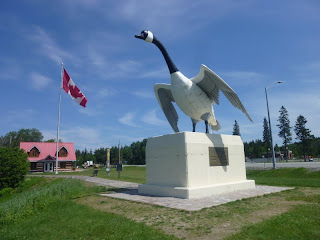 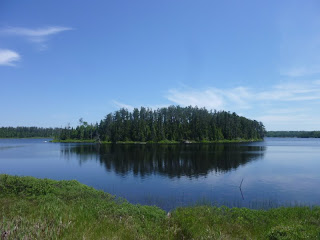 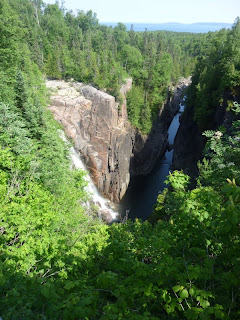 Arriving Thunder Bay you are greeted by Terry Fox's memorial. 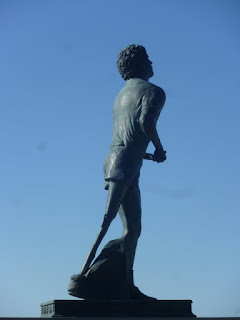 Terry Fox (1958-1981) was a Canadian humanitarian, athlete, and cancer research activist.
In 1980, with one leg having been amputated, he embarked on a cross-Canada run to raise money and awareness for cancer research. 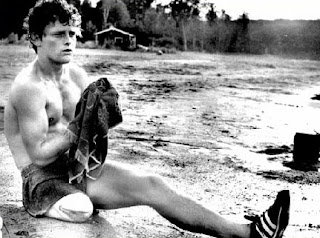 The spread of his cancer eventually forced him to end his quest after 143 days and 5,373 kilometres (3,339 mi), and ultimately cost him his life.

With my hosts Eileen and Fernando in Thunder Bay celebrating Canada Day, the anniversary of the July 1, 1867, which united three British colonies into a single country, called Canada. 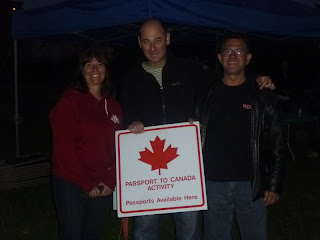 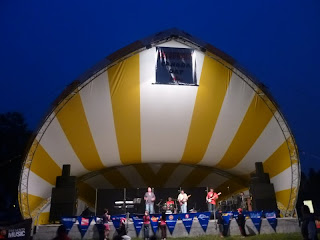