Downtown San Francisco from the promenade. 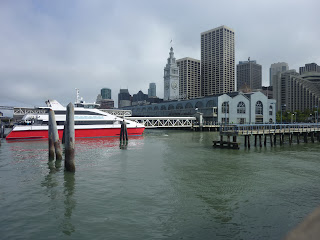 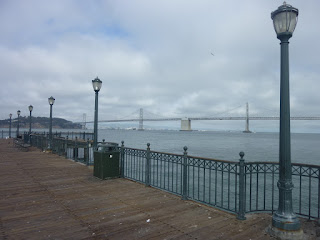 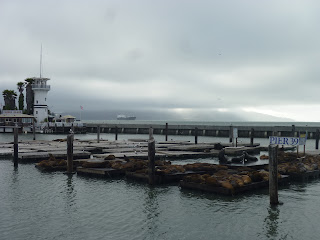 Alcatraz island or "The Rock". 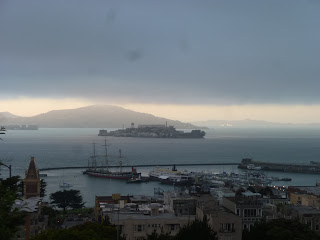 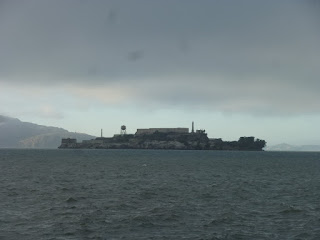 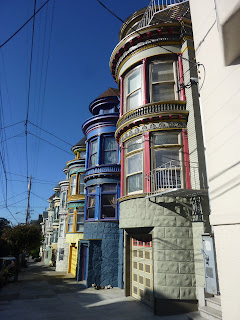 The Mission District was populated in the 19th century by Californios and working-class immigrants from Germany, Ireland, Italy and Scandinavia. 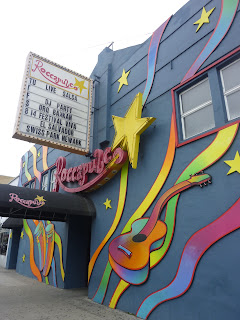 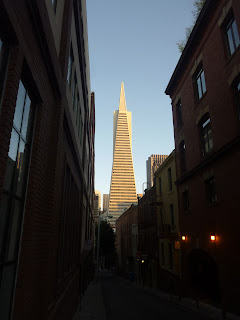 The Inglenook Estate on the right owned by Francis and Eleonor Coppola and used for film making. 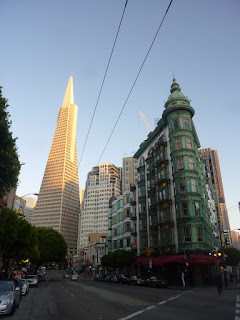 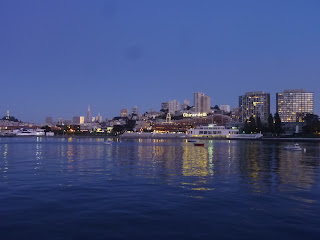 Myself, Golden Gate Bridge and Mati. 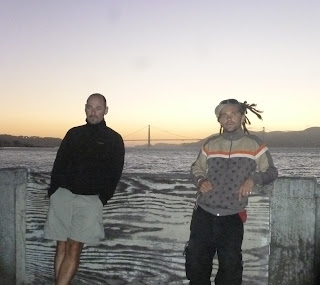 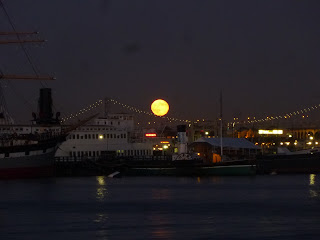 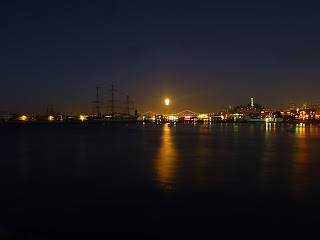 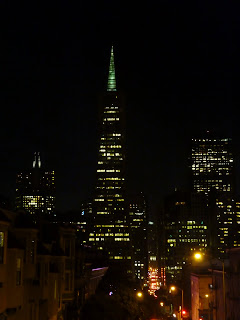