Entering Czech Republic.
In a 1948 coup d'état, Czechoslovakia became a communist-ruled state. In 1968, the increasingly disillusioned Czech citizens attempted to reform the communist regime.
This led to the events, known as the Prague Spring of 1968, ended with an invasion by the armies of the Warsaw Pact countries (with the exception of Romania). 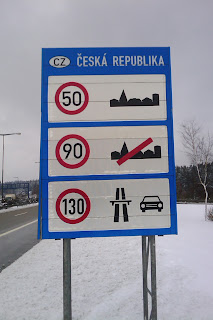 The troops remained in the country until the 1989 Velvet Revolution, when the communist regime collapsed.
On 1 January 1993, Czechoslovakia peacefully dissolved into its constituent states, the Czech Republic and Slovakia.
Czech cross-border checkpoints are empty, no showing papers, no bureaucracy, no hassles. 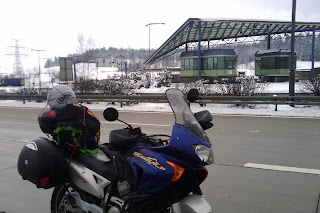 The Prague Castle is the largest coherent castle complex in the world. 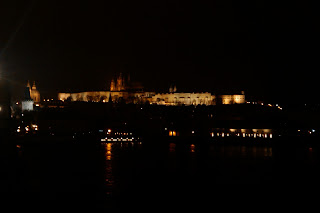 Vec Makropoulos (The Makropulos Affair)  is an opera piece from Czech writer Karel Čapek.
Karel Čapek is perhaps best known as a science fiction author, who wrote before science fiction became widely recognized as a separate genre.
Karel introduced and made popular the frequently used international word robot, which first appeared in his play R.U.R. (Rossum's Universal Robots) in 1921.
The word robot comes from the word robota meaning literally serf labor and "drudgery" or "hard work" in Czech, Slovak and Polish.
He is considered a peer to Aldous Huxley and George Orwell as a speculative fiction writer rather than a hard-core science fiction writer per se.
Karel Čapek was a close friend of T. G. Masaryk the first President of Czechoslovakia. 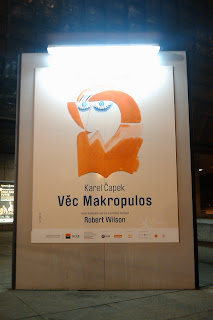 There is a small community of Greeks in the Czech Republic. Roughly 12,000 Greek citizens (not necessarily of Greek ethnicity) who fled from the 1946-1949 Greek Civil War were admitted to Czechoslovakia.


They consisted of people of Greek and Macedonian ethnicity, Aromanians, Sephardi Jews, and a few Turks.
At that time the residents of what is now Northern Greece had very fluid national identities and were speaking several local tongues that were later suppressed by the Greek Government to create an ethnically homogeneous population. (read more about the Slavic minority (here) and the Slavic ABeCeDar school book issued in 1925) 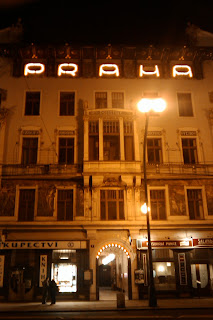 Many of these refugees were eventually naturalised as Czechoslovak citizens. In many cases, they were resettled into houses which had formerly been owned by Sudeten Germans and were left empty after their occupants were expelled from the country.
About 5,200 of the migrants consisted of unaccompanied children also called "Children of the Storm".
Daily Distance: 256 Km
Total Distance: 1356 Km
Soundtrack: Martna & Tena Elefteriadou, Boure (Storm)
Compiled by Vas Themelidis at 01:58