So next morning I was back on my track heading towards the German borders. However it was destined to be my worst riding experience ever. 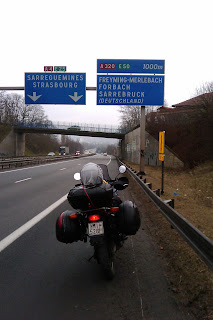 Right in the borders of France and Germany Petite Rosselle use to be a little coal mining village. 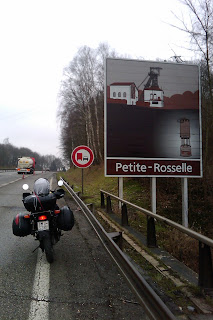 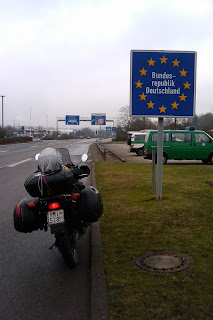 Some decent driving of about 400 Km and I am approaching the borders of Czech Republic from the German side.
284 Km to Praha or so I thought.. 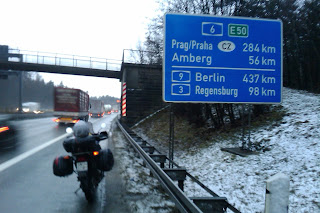 From this moment and on all hell broke loose.
I had crossed the Alps mid December and it was a breeze, but this time there was snow-storm and the snow started piling on the road. I struggled on for 2 more hours on an average speed of 60 Km/h.
And then it begun forming black ice, I was running low on petrol and I saw  a sign "5 Km to petrol station" riding on a speed of 50 Km/h I attempted to go right and the motorbike slept, swivelled 90 degrees around its axis dragged for some distance, and I found myself staring the cars coming towards me.
Luckily everyone was going really slow. So 2 German guys helped me lift the bike and offered to convoy me to the nearest Petrol station as I was shocked,freezing and exhausted.
Trivial to say that these side-cases once again broke my fall and saved my foot.
3 Km further down the road second fall..
Appalling road conditions. The same guys that convoy me help me lift the bike again.

This is the picture before the party begins, during the party the last thing I had in mind was obviously taking pictures.. 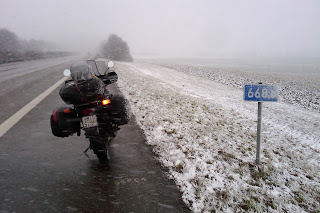 The petrol station that these guys led me to was located in the beautiful German little town of Sulzbach-Rosenberg.


Sulzbach-Rosenberg is a municipality in Bavaria, Germany. 14 km northwest of Amberg, and 50 km east of Nuremberg. The town consists of two parts: Sulzbach in the west, and Rosenberg in the east.


This nice Bavarian Brewery Guesthouse is also well known as a moto-friendly Inn as it has parking for Motorbikes and rooms with special equipment for drying clothes etc.
But it was full so I went further down the road. 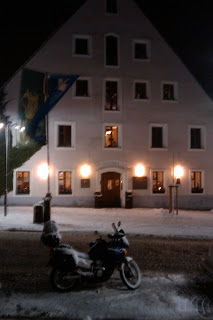 This is where I spent the night and I had the most enjoyable hot bath I can remember for a long time. 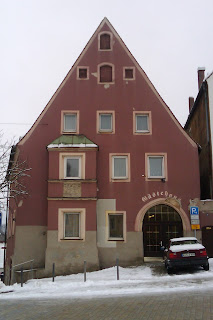 Next day I was gathering road condition info and was also considering leaving the moto in a parking and take the train to Prague.
The town hall of Sulzbach-Rosenberg. 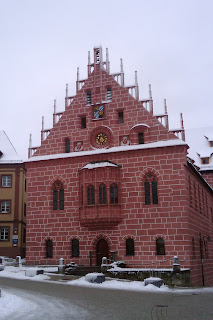 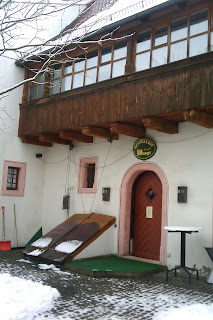 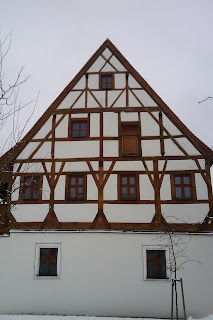 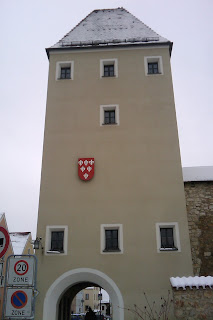 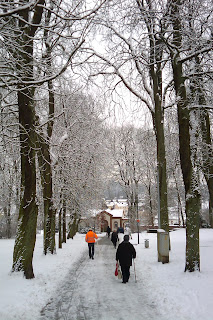 This is a shrine for a local hero figure who saved the city from various villains during the 16th century. I could not gather more info and what I am writing here is intelligence passed to me by Markus Bleisteiner (read more in next paragraphs). 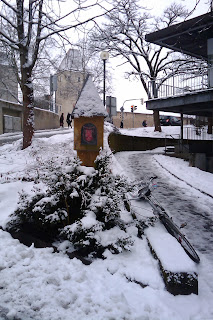 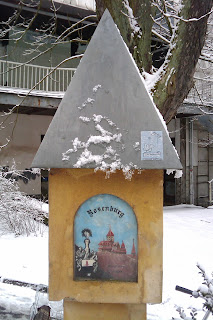 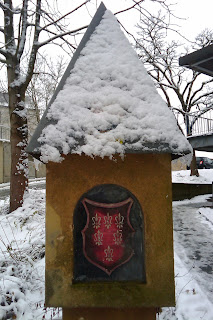 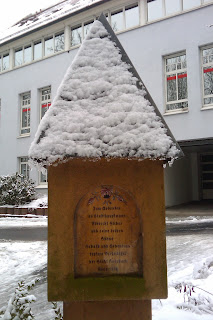 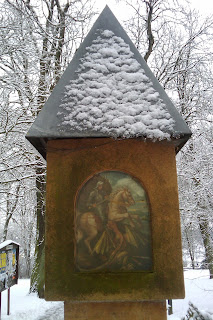 Going back to my bike to get prepared for departure I found this note..


"please come in the Sperber Bräu Guest House" or something like that,

Initially i thought there was a problem for not having a parking ticket for the bike, but they said that somebody wanted to talk to me..
They offered me coffee and waited for the one who wanted to chat with me. 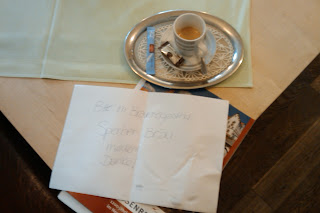 So here comes Markus Bleisteiner from newspaper Sulzbach-Rosenberger Zeitung who wants to have a chat with me and investigate whether he has a story..
This photo was taken by a beautiful girl named Marina who is working as a journalist-apprentice for the paper. 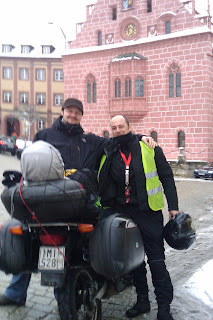 After the coffee with Marcus I discovered that the chain was loose and Marcus led me to local mechanic Thomas, a fellow biker himself..
Thanks Thomas for fixing everything and refusing to charge me, I owe you (and Marcus) a beer next time I visit Sulzbach-Rosenberger. 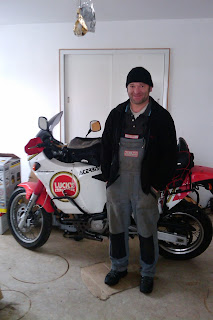 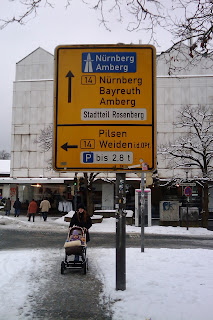 This is mighty Germany the powerhouse of Europe!
During the night the snow road trucks were spilling salt and clearing out the snow, so in the morning the tarmac was in perfect condition... 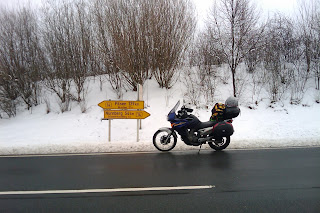 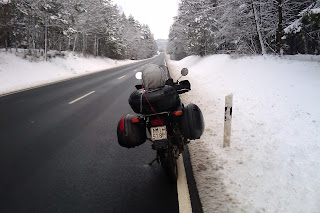 This is the place that I had my first fall the previous evening, completely cleared out from snow and ice. 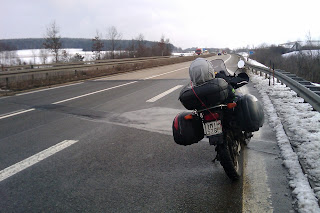 Absolutely impressed by the German-Bavarian hospitality, kindness and warmness.


I will definitely be back to Sulzbach-Rosenberg in the summer to explore more  of the local Bavarian culture. 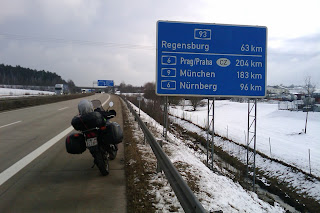