This is the image I faced while exiting the Hostel to kick off the last leg of this trip to London. I feared that snow would have covered all roads, but luckily that was not the case. 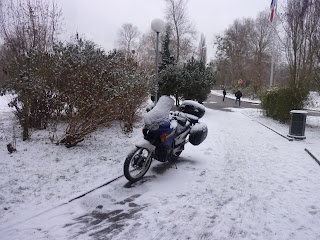 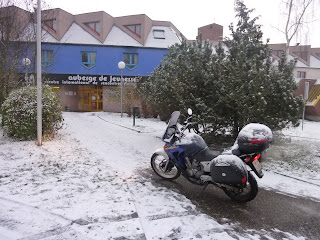 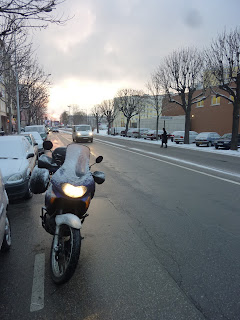 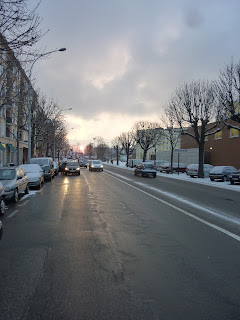 River Rhine, the Hostel was located just 1 Km from the German borders, you could essentially walk into Germany. 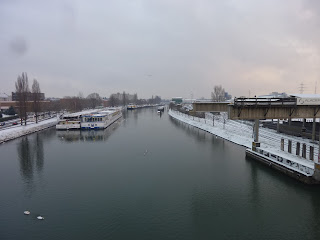 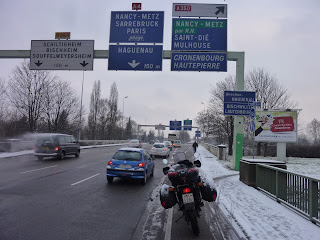 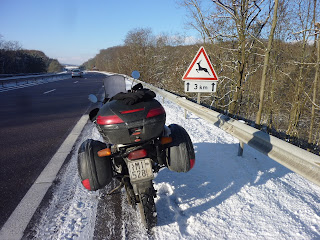 This is a memorial erected in 2008 just after the last two survivors of the Great War passed away. 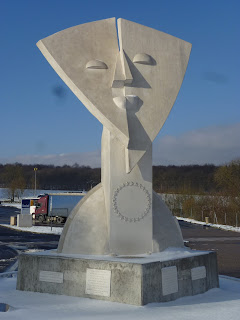 The Battle of Verdum resulted in more than a quarter of a million battlefield deaths (163,000 French and 143,000 German combatants) plus at least half a million wounded.

Verdun was the longest battle and one of the most devastating in the First World War and more generally in human history.

Verdun was primarily an artillery battle : a total of about 40 million artillery shells were exchanged by both sides, leaving behind millions of overlapping shell craters that are still partly visible today.
Source//Wikipedia 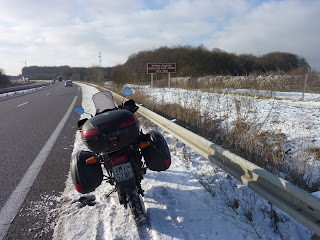 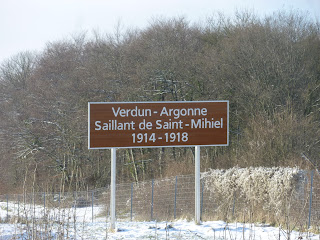 The Battle of Verdun  was fought behind these fences. Brothers in Arms fought on these fields. 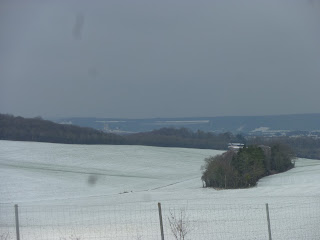 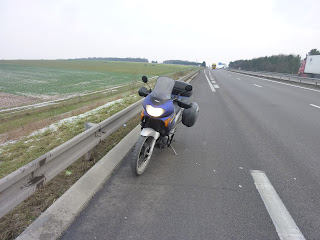 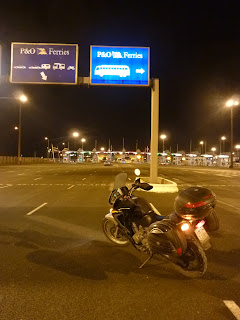 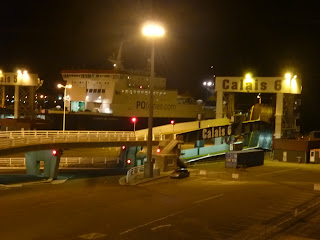 Dover,UK photographed from the ferry's deck. 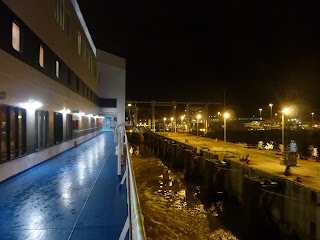 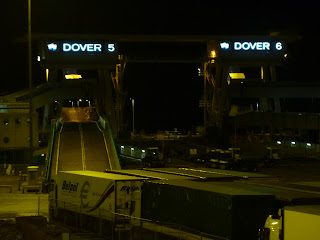 Back home the snow has covered Bow,London. 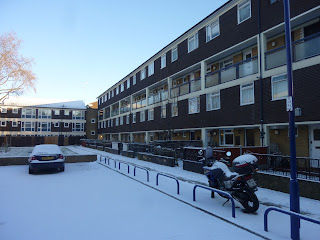