After Haifa I drove towards the Jordan River crossing in order to enter Syria and carry on into Turkey. 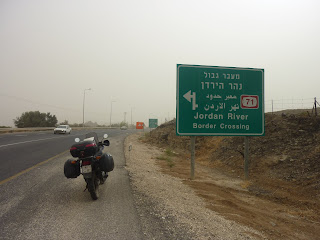 But although I had taken precautions not to have any Israeli stamp on my passport (passports holders with the stamp of Israel are not welcomed in Syria) I was betrayed by a stamp in Arabic that made Syrian officer suspicious and finally sent me back to Jordan.
Below is the paper that Israeli officers are stamping if you explain to them that you are going to cross Syria and need an "clean" passport. 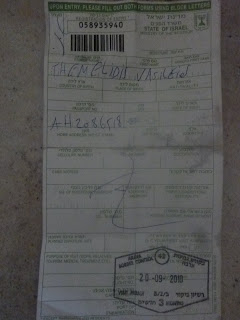 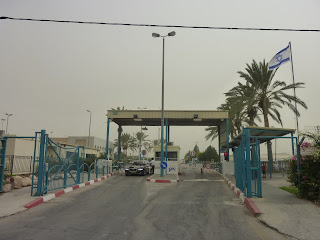 And this is the paper that Jordanian officers stamp so that there is no indication that you entered Jordan from Israel. 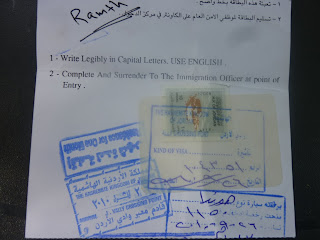 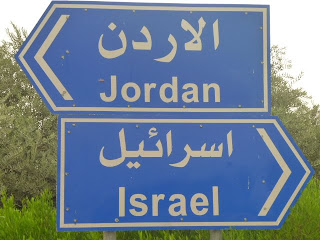 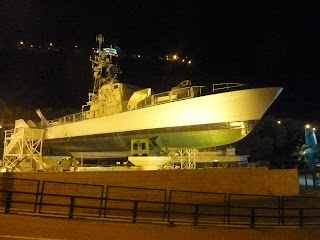 Bahai Shrine and gardens by night. 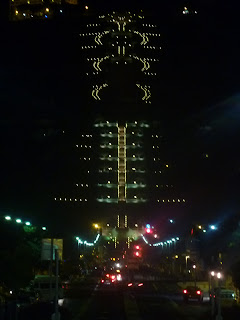 Bahai Shrine and gardens in daylight
. 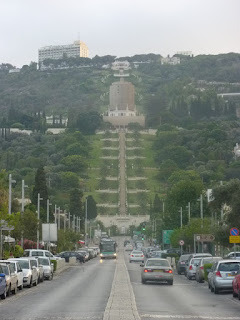 This is a professional picture of how the monument looked before the conservation works that are currently on progress. 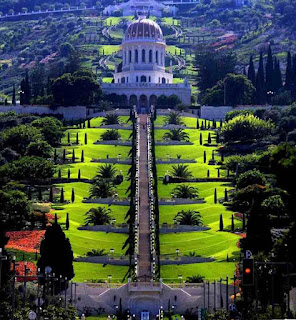 View from the Bahai Gardens. Bahá'í Faith is Monotheism 4.0 they accept all previous prophets (Abraam,Moses,Jesus,Mohammed) as messengers of the same god they add their own Báb and Bahá'u'lláh and pray for the coming of the Messiah.
Its religious background in Shi'a Islam is seen as analogous to the Jewish context in which Christianity was established.
Their prophet Báb was buried ander the domed shrine during the time that Haifa was an Ottoman city. 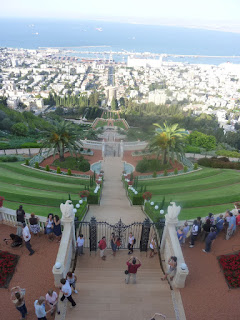 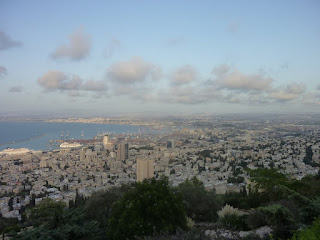 Port Inn is the best place to stay in Haifa, and definitely the best Inn I have ever stayed in terms of services and environment. 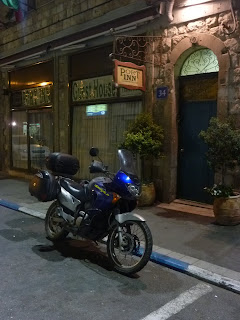 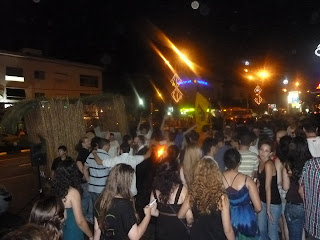 The German Colony was established in 1869 by hundreds of German settlers The Templers. Templers were members of the Temple Society, a German Protestant sect.
The Templers were expelled from the church in 1858 because of their millennial beliefs. Their aim was to realize the apocalyptic visions of the prophets of Israel in the Holy Land 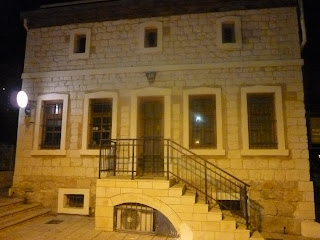 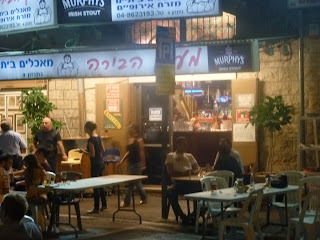 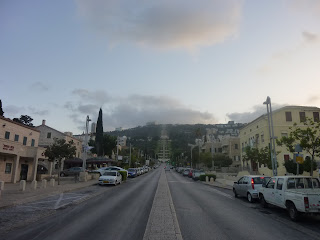 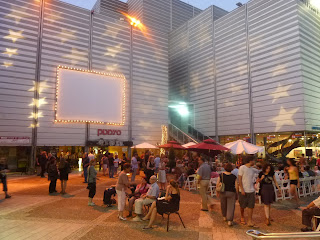 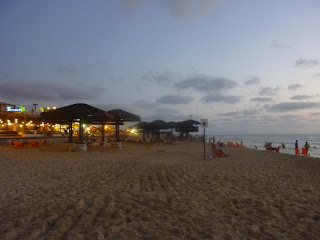 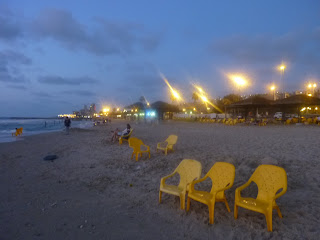 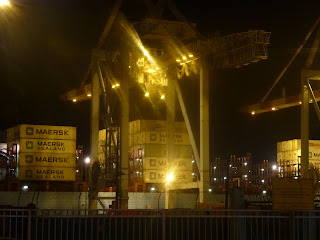 Shawarma Chazan the best kebab in Haifa whoever you ask.. 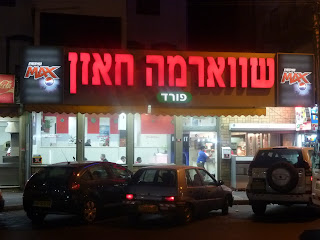 Graffiti from the Ethiopian Beta community of Israel. 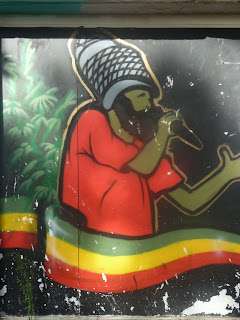 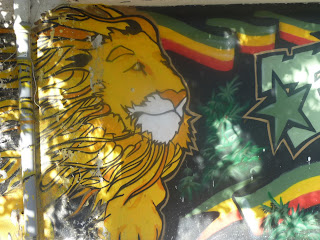 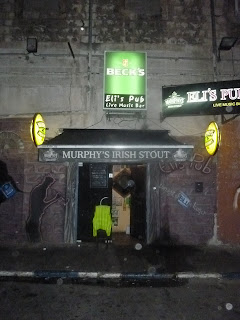 Compiled by Vas Themelidis at 02:50