Entering Asia from Cesme first thing that draws your attentıon is the Genoan Fortress crowing the port. This was built in the 16th century and then rennovated by Beyazit II to defend the city from the pirates. The nights of St John also used the castle for a short time.
Cesme is nowdays Izmir's holiday resort (and a windsurfing mecca). It is family oriented and has frequent boats to Chios (5 miles). 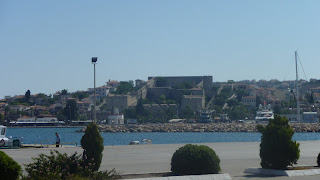 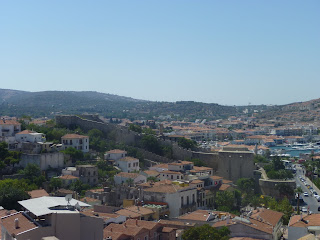 It is worth it to mention that Beyazit II was the Sultan who brought the expelled Sephradic Jews from Spain to Salonic.

Wikipedia reference
He granted the refugees the permission to settle in the Ottoman Empire and become Ottoman citizens. He ridiculed Ferdinand II of Aragon and Isabella I of Castile in expelling a class of people so useful to their subjects. "You venture to call Ferdinand a wise ruler," he said to his courtiers — "he who has impoverished his own country and enriched mine!" He threatened with death all those who treated the Jews harshly or refused them admission into the empire.

The Arabs and Jews of Spain contributed much to the rising power of the Ottoman Empire by introducing new ideas, methods and craftsmanship. The first printing press in Constantinople was established by the Sephardic Jews in 1493.

Next photo is that of Cezayirli Gazi Hasan Pasha who was bought a slave but rose through the ranks of the Ottoman military hierarchy to become a Grand Visier.The lion that he had domesticated while in Africa and that he took along with him everywhere, creating quite an impression. 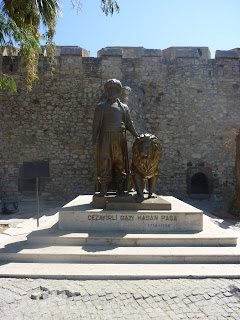 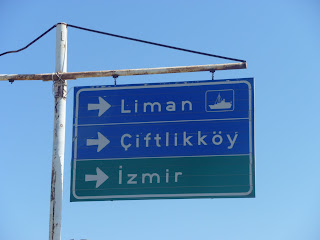 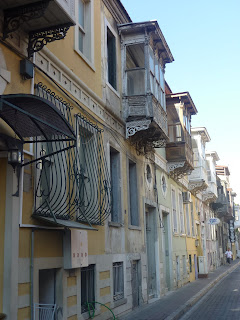 You can stay in such boutiques for just 10e per night. 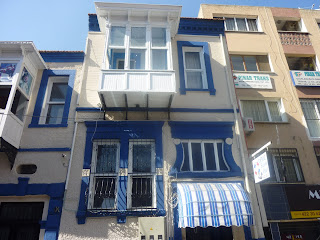 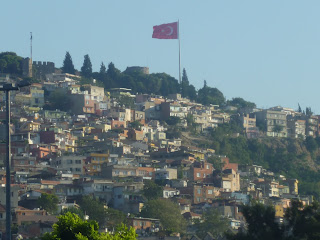 Kemal Evi is the place where Kemal stayed 1930 amd 1934, and pretty much shows how homes of wealthy looked like in the early 19th century in Izmir. 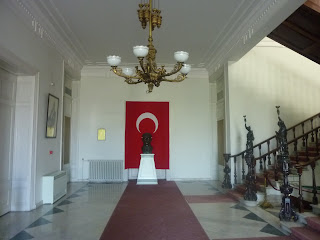 There was a military Celebration and the promenade was full tanks, and Turkish Army personnel. 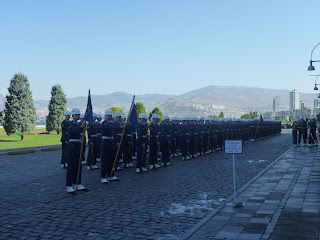 The Clock Tower in Konak Meydani marks the center of the city, and is opposite to the Konak Cityboat Pier. Izmir was invaded by Greeks after the collapse of the Otoman Empire but then it was recaptured on the 9th of September 1922 by the Neo Turks and Kemal Atturk marking the victory of the Turkish War of Independence. The coastline is dotted with epic monument like the one on the photo. 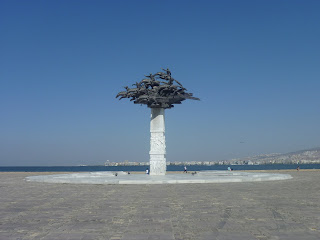 The citizens use an extensive network of Cityboats and has a metro. 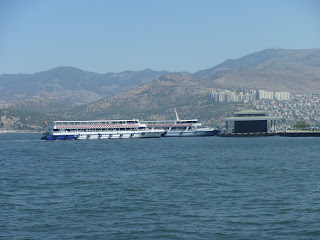 Konak Pier is the trendiest part of the city with expensive restaurants and bars. 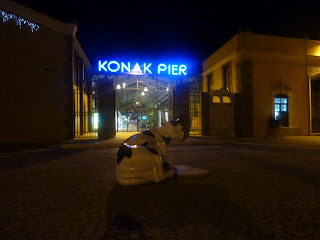 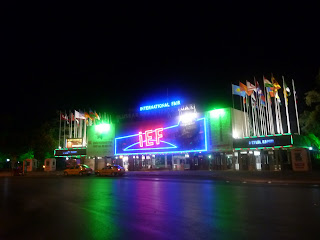 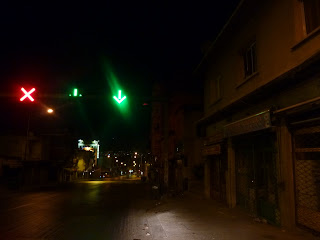 Kadifecale is crowning the city and it was built by Alexander the Great. The "Velvet Fortress" is a great spot for viewing the city from the top of the hill. 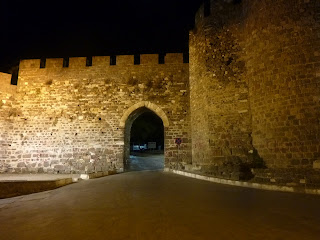 Kemal's busto on the rocks. 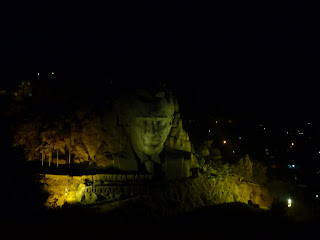 Paul Weller & Amy Winehouse I Heard It Through The Grapevine
- Watch more Music Videos at Vodpod.
Compiled by Vas Themelidis at 10:30